Odyssey of the Mind is a worldwide competition for kids, that helps them to develop their skills with creative, divergent thinking and problem solving. The kids work together in teams to solve long-term problems. These solutions are portrayed in theatrical performances, which are written and designed by the kids. In addition to the long-term problems there are spontaneous problems on the day of competitions, which have to be solved by the participants.

I was lucky to be a participant during my time at school and attended the world finals as a judge now for five years, where almost 80.000 kids from 25 countries come together and compete against each other. The Eurofest is the smaller version of the world finals and took place near Berlin in 2013.

The task was to create a visual language for the Eurofest. A corporate design and graphic materials for the event were designed. Based on the idea that every participant works with the same set of tools to create unique solutions, a custom typeface was created, which is build by the use of very few graphic elements. I created a website for short information and a possibility to register for the international teams.
A main part of the design were three posters that worked as a guidance system. The white circle in the center of the posters was the stage for numbers, notes, arrows and many more. Some posters were hanged in grids, so that participants could leave their mark. In that way the design was integrated in the event and was received very well by the participants. For the merchandising scarves, t-shirts, bags and much more was designed. 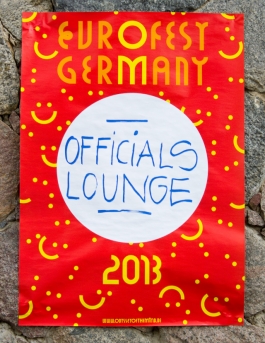 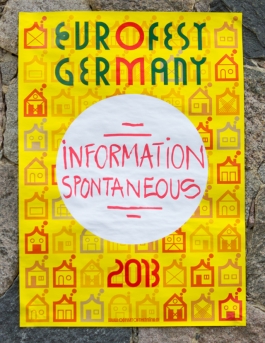 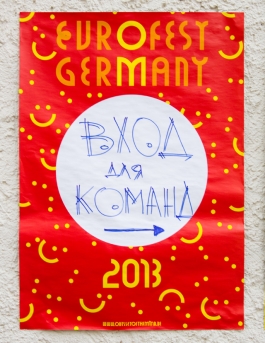 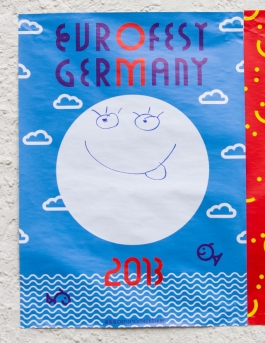 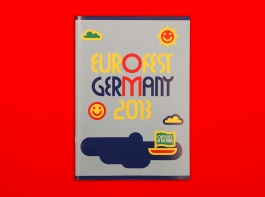 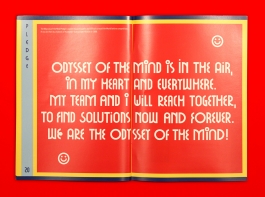 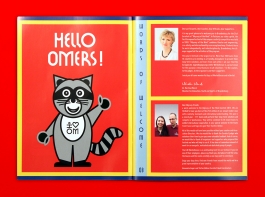 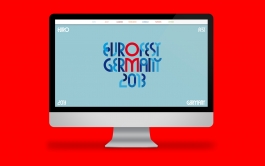 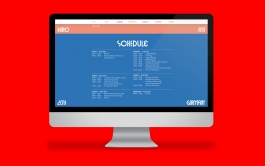 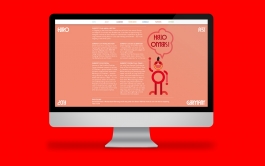 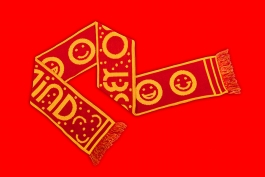 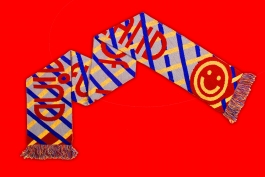